who actually wants to live forever? 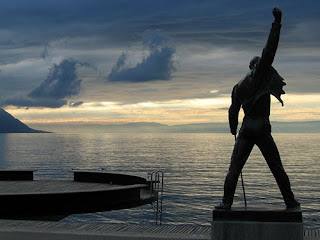 ask almost any surgeon and he will tell you your chances of surviving a catastrophe are inversely proportional to your usefulness to society. this sentiment is expressed in different ways by different surgeons but the basic message is the same. basically put if two people come in with exactly the same injuries and one is a teacher who spends his extra time in community upliftment projects and the other is an armed robber, the armed robber will sail through treatment and be back on the streets in no time, but the teacher will slowly waste away in icu and finally die. unfortunately it seems to be true.

there was even a super clever cardiologist friend of mine who speculated as to why this was the case. he basically divided people into two groups, those with over active immune systems and those with just the basic immune system. the first group would tend to be allergic to everything and be over protected by their mothers. they would tend to grow up in a protected environment devoting their time to inside activities (safe from the dangers of the outside world, including grass and pollen and dog hairs and the like) reading and bettering themselves. the latter group would be immunologically free to run around like wild things doing whatever they liked. he then extrapolated this to the likelihood that the first group possibly had a higher chance of developing sirs (systemic inflammatory response syndrome) after major trauma and it was in fact their own immunity's overreaction that finally brought them down. amazingly enough this theory is based on logical scientific thought.

like all surgeons i too tend to think that the good guy will probably die and the bad guy will survive. i have seen it too often. but unlike my boffin cardiology friend i think it is just some sort of evil cosmic reverse karma that is just out to destroy all good people in this world. this makes much more sense to me than actually trying to understand immunology. and that is why i try to do at least one bad thing a day so that if something does befall me i at least have a chance of surviving. but there are always limits.

a few years ago our hospital organised a weekend away for all the doctors and their families. it was at a really nice lodge here in the lowveld and truth be told, it was great. the days were pretty much spent lounging around the pool. that is of course if you didn't play golf. i don't play golf.

anyway, there i was producing vitamin d for all i was worth when i glanced over at the pool. one of the other doctors had a small boy of about 4 years old that had been running around all day like a mad thing. but at that moment, as i looked at him leaning over the edge of the pool he toppled in. i was about 10 meters away so i first looked to see who was closer that would respond. no one moved. no one had seen him fall in except me. then everything went into slow motion. i could see that he could clearly not swim. his eyes were wide open as his arms an legs flayed about helplessly not bringing his head any closer to the surface. he was clearly in trouble. then a strange thought went through my mind based on my abovementioned philosophy.

"if i leave him, that is bad enough that i will probably live forever."

who actually wants to live forever so i rushed over and pulled the kid out. his mother seemed pleased.
Posted by Bongi at 8:05 pm

Email ThisBlogThis!Share to TwitterShare to FacebookShare to Pinterest
Labels: karma

So happy to know that you don't want to live forever. :)

i think i watched this t.v. program once about these doctors who went up Everest and started doing blood gases on each other at a certain altitude to see why some manage to survive and others go crazy ect. I remeber one guys p02 was 4 but he seemed o.k.

Bongi, I love reading your posts, they always put a smile on my face :) Like Sid Schwab, you always find humour in dark situations and it seems to have helped you both retain your humanity. I had a smile on my face, until I was reminded about all the immunology (and other complicated basic sciences) that I'll be learning in the next few years ;)

The last line of this post is what turns it from a good to a great story.

You did the right thing. Thanks for the story.

I think you need to quantify this. How about:

A corollary of the dirtbag index, perhaps?

And more to the point: who wants to live forever with a guilty conscience hanging over them ;-)? That alone, may be enough to kill you anyway.
Good job mate! Plus, living forever = old age = dementia, dentures and diapers... *cringe*!!!

An interesting post, maybe showing some transcultural differences, or some word-choice issues.
I once rescued a younger brother who came in the house trying to breathe but not moving air. I recalled that I had just seen him popping a "jawbreaker" into his mouth, so in an instant I flipped him upside down, banged on the back of his chest and it rolled onto the floor.
I don't recall any philosophical discussions I had in my head as it was all transpiring.
And the trailing, "his mother seemed pleased." Interesting as well.

Dazzling story but hey I don't think a p02 of 4 is physically possible.

i think the po2 of 4 was something to do with the altitude. 4kpa...........very odd i agree: but the guy was fine and made it to the top without going nuts. where as others went crazy due to hypoxia. its like some people do just survive, and others dont.

despite possibly making a fool of myself let me confess that i read blood gasses in mmhg. i have no idea what 4kpa is.

You are too brilliant for words! Loved this.

Lol! This post was great. Thank you! It confirms my beliefs too :)