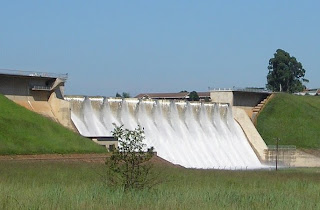 when i rotated through urology it was great! every day all the urologists would get together in their scope theater and pretty much chat while one of them did scopes. it was friendly and festive and extremely relaxed. and not surprisingly, they were a very close knit group. but after about a week i started getting bored. but the seed was planted. still these days when i am between cases i often pop into the urologist's scope theater to see what new instrument he has to seek and destroy kidney stones. i jokingly say i'm there to learn how to do urology and they jokingly say they are thinking of including me on their call roster. only thing is that is not always a joke. they often leave town and do ask me to do their calls for them.


in a sense it is not too much of a stretch. kidney stones can be treated conservatively until the morning and most of the rest of the really urgent stuff we can pretty much do. in the old days a lot of urologists were very allergic to the night air and even the thought of having to come out once the sun had set would bring on a paralysis that could only be cured with a good night's rest. a good reflection of this is that by the time i had finished specialising i had taken out more traumatized kidneys than pretty much all of the urologists.


the way it used to work was that i would take a patient to theater with, say, gunshot abdomen where the bullet went through the kidney too. before theater i would phone the urologist. he would ask me to phone him if i had problems. i just interpreted that as i was not required to phone him. i mean what problems exactly was he referring to? then i would remove the kidney if necessary and leave it if possible. the most difficult part was explaining to the prof the next morning why there wasn't a urologist present in theater with me. the prof seemed blissfully unaware how dangerous to their health it was for urologists to come out at night. but i knew how to spin it to the prof and there were never any problems.

"well prof we were going to call him but the bleeding was a bit too much and there was no time to wait so i went ahead and removed the kidney myself." or some such line would suffice. secretly the prof was proud of us that we could handle it without the help of the urologists.

recently i had a bit of nostalgia. the bullet had shattered segment two of the liver, ripped the pancreas tail apart, ruptured the spleen and drilled a hole through the kidney. i would be busy for some time. but just to be polite i phoned our friendly neighbourhood urologist to inform him what i had. he told me to call him if i had problems. i smiled quietly to myself and put the phone down.

it was an exciting operation, what with a partial hepatectomy, a distal pancreatectomy and a splenectomy not to mention a diaphragm repair so the kidney had to wait its turn. anyway from the ct scan i knew it was unlikely that i would be removing it. while i was busy doing all the things i needed to do the urologist phoned and asked the gas monkey if i would be calling him. apparently he had poured himself a glass of wine (which was maybe the new treatment for the weakness that came over them after the sun set) and wanted to know if he could drink it or just look at it. the anaesthetist reassured him that he could take a sip or two and put the phone down.

the kidney was hit fairly laterally and in the end all i did was to close the fassia, its protective layer, and leave it. soon afterwards the abdomen was closed. then i got the idea to mess with the urologist a bit. i decided i'd phone him and ask him to come out. but i knew i had to word it correctly. if i said i needed to remove the kidney he would simply tell me to remove it then. if i told him that the kidney was ok he would thank me and take another sip of wine. i had to come up with something else.

"it's a borderline case," i lied. "it's oozing blood a bit more than i am comfortable with but i need your expert opinion to decide if it will be ok or if i need to remove it." the silence on the other end of the line spoke volumes. i could hear him thinking how he could give me his expert opinion over the phone and thereby not risking the cold night air. i could also hear him trying to evaluate just how much wine he had already had and if it was too much that he would not be able to operate or too little that coming out at night might be bad for him. i struggled not to laugh, but at least my broad smile could not be transmitted through the telephone lines. he started asking vague questions as to just how much it was oozing and how stable the patient was. i kept my answers equally vague. slowly i could hear the change in his voice as the resignation that he would actually have to come out set in. the anaesthetist, who was laughing openly couldn't take it any more.

"bongi, stop! put him out of his misery and help me push the patient to recovery." i laughed and informed the hapless waterworks doctor that all was well and he could go back to his wine. i advised another glass may be in order to steady his adrenal glands which i suspected had spasmed. his reaction was priceless. he wanted to say something sharp, but just couldn't formulate the words. finally he tried.

ah gunshot abdomens can be such fun.

You are a bit mean. Funny though.
Other specialties that also have an allergy to working after darkness falls: dermatology, rheumatology, allergology, occupational medicine, and endocrinology. I am sure there many others, though in those fields the allergy seems to be the most severe. ;-)

anne, the gunshot guy did well.

in the days of registrarship the government had an interesting way of paying overtime. everyone was given 80 hours a month, no matter what speciality. we sometimes did 80 hours a week overtime but things like dermatologists simply did no overtime. yet we were all payed the same. it was a point of great contention between us and other disciplines.