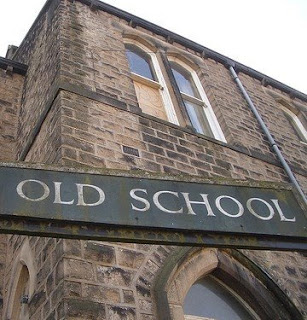 sometimes old school surgeons are interesting to watch. one of my 'mentors' was a real study. he came across as hard and even cruel. and yet there was no one who truly cared for his patients as much as this man. you had to know him quite well to be aware of the fact that he cared so much. he usually hid it well.

the patient had stomach outlet obstruction due to benign stricture. the consultant in question decided that a dilatation would be a better option for the patient as he could therefore avoid an operation with all its associated morbidities. he told me to get it done.

the gastro unit at that hospital was not fully functional so it came as no surprise to me that they said they didn't have the necessary equipment to dilate a pylorus. i knew my consultant was not the type of guy to let trivialities like lack of equipment get in the way of what he perceived as a good idea so i phoned the parent hospital.

the gastro unit at the parent hospital assured me they had the necessary dilatation balloon but unfortunately it was broken at the time. i could see my consultant going mad at this news so i insisted they tell me exactly when they would have everything working properly. they told me to phone back in two days time.

on the rounds i had to break this news to the consultant. he was not happy. he wanted to take this ineptitude to the highest court in the land. he wanted someone to fix it now. it took me quite a lot of convincing to calm him down, telling him that the gastro unit would be able to help us in two days time. finally he relaxed.

when i phoned the gastro unit again, as could be expected, they still were not able to help. once again i asked when we could expect satisfaction and once again i was told to call back in two days time. this i knew would not go down well with my consultant. i decided to attempt another tactic in the delivery of this information.

my basic plan was to express as much or more dismay and indignation at the pathetic gastro unit than my consultant. thereby his attack wouldn't be focused on me but he would rather see me as a fellow crusader for all things good.
"can you believe it, doctor!" i almost shouted, "and i suppose when i phone again in two days time they are going to tell me to phone back in another two days!" i could see the frustration on his face. his plan to save the patient the morbidity of a laparotomy was not working out. now because i had come out in agression against the evils of the gastro department he couldn't even take his rage out on me. after all, i was now on his side. i went for the master stroke.
"maybe we should just operate him and be done with. otherwise we're going to wait forever in two day increments until the patient wastes away from malnutrition!" i piped up.

it seemed to hit a nerve. he started pacing. i could see his mind working, looking for release for all its pent up rage at the broken system. despite his best efforts the patient was going to get operated and there was nothing he could do about it. and he couldn't even take it out on me. finally he snapped. he charged towards the patient and shouted:-

"ons gaan jou oop sny van bo tot onder en ons gaan jou slukderm vasmaak aan jou kakderm sodat as jy ietsie eet sal jy dit onmiddelik net so uitkak!" (a paraphrase is roughly, 'we're going to open you fairly widely and do a bypass that will cause a noticeable decrease in transit time') i confess i laughed, but not in front of the patient.

fortunately, just like most of my readers the patient didn't understand afrikaans.
Posted by Bongi at 9:36 pm

You think the next generation will tell stuff like this on us some day? :)

Hahaha! Amazing post yet again, my friend. I laughed soo hard when you were yelling to avoid being yelled at. Great move, and quick thinking! Hilairious that you got the patient in surgery without being yelled at by the consultant. I can imagine the look on his face when he was at a loss as to who to yell at. Priceless!

And another amazing story! I don't know how you do it!

Haha, is this who I think it is - bad comb-over, tends to froth at the mouth? He was my consultant in sixth year... He's hilarious! I did a post on him as well... But it's buried in the archives somewhere.


What is the difference between a surgeon and God?


A surgeon thinks he is God, but God never thinks that he is a surgeon.....

just great, could see it happening ....
incredible when rage takes over from common sense, isn't it ?

That must have been an amazing experience! I am new to your blog - going thru your posts!