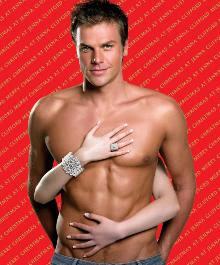 the following story isn't really mine, but because the meeting of the two protagonists happened in my presence during an event that i've previously posted about and because it touches on a very relevant south african topic, i thought i would pen it down.

when i was in my training, a very good friend and i had the privilege of treating a pregnant woman with a gunshot abdomen (take a look at the incident here). when we took her back a private consultant who was associated with our firm offered to join us in theater. but he was no ordinary private surgeon. he was one of only a few hepatopancreatobiliary surgeons in town and a particularly good one at that. truth be told, the reason he offered to join us had to do with the fact that i initially thought that the hepatic artery proper had been shot off. as it turned out the artery in question was an aberrant left hepatic artery and didn't count for much so his presence was not needed, but that is beside the point.

the consultant had never met my junior colleague who was a bit late for theater that day because he needed to sort something out in the wards. when he joined us we had just opened.
"sorry i'm late" he said "i just had to sort something out in the wards."
"doctor 'consultant' this is my colleague and friend doctor b." i said by way of introduction.
"are you a swimmer?" asked the consultant. there was a moment of silence.
"no." answered my friend, somewhat surprised.
"you look like a swimmer. you have a swimmer's chest." at this my friend looked down at his own chest concealed by his theater gown as if to see what a swimmer's chest looks like. even in the presence of this prestigious surgeon and, it seems, swimmer enthusiast, i laughed out loud. from that moment on i always referred to him as the swimmer's chest.

time passed. it seems to do that quite well. then in true south african form, the consultant's family was the victim of violent crime. his house was targeted. his daughter and wife were held at gunpoint as the place was cleaned out. by south african standards it went quite well. nobody was shot and nobody was raped. but by standards of humanity it was too much. it helped him with the decision to leave these shores. thus south africa lost a great surgeon.

before he left he gave the swimmer's chest a call. basically he handed his very successful and lucrative practice over to him, lock, stock and barrel. what a gift. what a privilege to just fall into such a tub of butter, rear end first. what an extraordinary result of the ridiculously high level of crime in this beloved country.
Posted by Bongi at 11:28 pm

Surely not simply because of his "swimmer's chest"? Did they just work together that one case? [Sad that someone's misfortune can be someone else's fortune.]

rlbates, that was just when they met. that was many years ago and obviously gave rise to a good friendship. there was a bit of competition for the practice, but the consultant gave it to someone who was not even trying to get it, ie my friend. when he got it he upset quite a few people.

obviously when i speak to him i attribute it solely to his swimmer's chest.

Maybe he would actually pose so we could see his swimmer's chest. :)

Good for your friend.

what's wrong with the photo i posted?

Not a thing, Bongi. We just want to see the real "swimmer's chest". :)