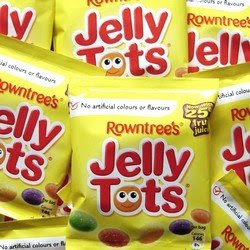 sometimes i just post funny stories. sometimes you think of the ideal punchline before the moment has passed. on both accounts this post represents one of those times.

it was one of many morning meetings. usually they were not fun. almost always the prof would have a go at someone. most of the time if you weren't actually directly in his cross hairs, you would just keep quiet and nod at the appropriate moment. this morning was no exception.

fortunately i hadn't been on call the previous night so i was basically a passive, occasionally nodding observer. the guy who had done the call was a particular target of the boss. the boss didn't like him, but, even worse, he didn't seem to have the savvy to present his cases in a way that avoided drawing fire. this day was no exception.

my friend's first case was a patient who presented with what sounded like a macerated nipple. i remember wondering why he even mentioned the patient as a call case. i would have referred her to the clinic and thereby avoided telling the prof about her at all and therefore avoiding taking a hammering at his hands. also he described her as a young woman who was breastfeeding (although the baby was three years old). it was unlikely to be a serious problem. to make things worse my friend had actually taken i biopsy of the nipple. i don't know what he was thinking, but ironically he probably did it to be thorough in an attempt to avoid the wrath of the prof. the wrath of the prof descended.

just like me the prof wondered why he had been so drastic as to take a biopsy, but, unlike me, the prof was not subtle in asking. my friend did not have the gift of the gab and soon started floundering in his explanation. (this may at least partly have been due to the fact that the exchange took place in my friend's second language). the prof let him have it.

the prof, between the constant tirade of aggression aimed at my friend, suggested that the macerated nipple was probably due to the baby (or rather toddler by now) using the nipple more as a pacifier than a source of milk. he painted a picture of a toddler keeping the nipple in his mouth until it became soggy from the constant moisture. at about this stage most of us were feeling sorry for my friend who was starting to look quite foolish, but we continued to nod when the prof's eyes turned in our direction. i just looked at the floor.

the prof had a habit of not letting a thing go. this was no exception. he explained that the nipple had become like a jelly tot that the baby had kept in its mouth for an hour or so. it would be soggy and no longer look like a normal jelly tot. the opportunity was just too good to let pass. i interjected.

"prof, strictly speaking" i said, " isn't that a jelly tit?" i asked with a straight face. i think if everyone hadn't fallen about laughing i would have been in trouble.
Posted by Bongi at 9:43 pm

I'll leave it at "rolliing on floor laughing".

A sense of humor in your line of work is quite handy. Funny bunny.

I see you live dangerously.

Very funny!And your timing must have been spot on.

Not to take away from the humor, but I do have some sympathy for your friend. My grandmother had Paget's disease of the nipple, but couldn't get her doctor to take it seriously because she was nursing...

oh goodness. haha you're a brave one aren't you? ;)