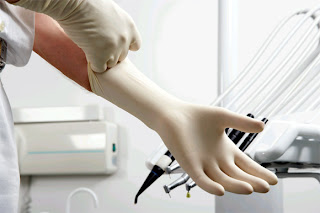 i did my house doctor and community service years in a historically significant place. during the old regime the government deemed the area independent as part of the great apartheid madness. to maintain the façade the apartheid government ploughed money into this pseudo-country. even after all the officials had taken their cuts there was still enough left over to keep the hospital well stocked. when i worked there, after the fall of apartheid, all this had changed.

this 'country' became a small region in one of the 9 provinces of south africa. provisions came from a central depot. they were trucked in and there was no exchange of money locally. the bribe industry really struggled for a while. but people are ingenious. soon the trucks started turning up with very little. apparently they left the central depot fully laden, but by some inexplicable means, the supplies just disappeared somewhere en route. equally inexplicable was that some people in the area did quite well selling stock at massively reduced prices to pharmacies. as usual the poor suffered. i remember times when there was no insulin for months in the hospital. the physicians (internists) waited for dka and then transfered the patients to the other regional hospital, about 2 hour's drive away. some people died of course, but it was a small price to pay for the enrichment of the previously powerful.

but one day this all really hit home for me. i was the community service doctor on call at the primary care hospital. they called me to see a patient with a retained placenta post full term delivery. i went to the labour ward. sure enough the patient was having trouble with the placenta. i asked for gloves. there were none. i decided to quickly run to casualties to get a pair of gloves there. this would be faster than sending someone.

when i got to casualties, lo and behold, they also didn't have any gloves. there were in fact no gloves whatsoever in the entire hospital. apparently labour ward was washing gloves to use over and over again for the deliveries. they couldn't understand that i refused to use these gloves. i went back to casualties, thinking this had to be the most likely place to find gloves. but they assured me they had run out.

then an ambulance came in with a patient. i asked them if they had any gloves. they did, but they were only willing to give me one pair because they were also running low on this most basic of item.

i took the gloves to labour ward. i used one to deliver the placenta. the second glove i gave to the sister and told her to lock it in the scedule medicine cupboard and keep it for me if i needed it later.
Posted by Bongi at 9:55 pm

Unfortunately, this is the story of all developing world!

The poor get the worst deal and the rich scoundrels make money siphoning off govt. aid meant for the poor!

Corruption is insidious. Keeping your own cache of gloves is a great idea!

Bongi, is jy 'n digter ook? Because your stories keep one spell-bound time and time again.

In the 80s my folks lived and worked in Nigeria and brought their own medical supplies with them in case they needed to see a local doctor.

C'mon, Bongi, TIA! Everyone does gynae without gloves here...

No, really, I'm impressed - most people I've met won't take a placenta out without one of those super long one sthat reaches your shoulder.

APPALLING... thats what that is. we went through a period last year in my district hospital where there was no hand soap... in casualties or indeed the rest of the hosp. the nursing staff couldnt understand why i made such a fuss!!

Horrific! Reminds me of the old surgeons who tell about fingernails & scratching soap etc...

If security had to search my bag, I'd get arrested! I walk around with my own stash of basics to tide me over those O/S times.

skakhi, one of my house doctors was nearly prosecuted for having jelcos in his bag. i kid you not. there were lawyers and everything fighting it out in the end.

so you may be right about being arrested.

Somehow, I doubt the situation has improved.