where in the world is dr val? (haunted by inaction) 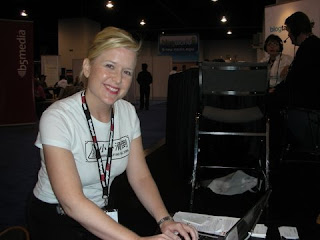 ian over at wait time and delayed care asked the question on almost everyone's mind. where is dr val? i say almost everyone because i don't include myself. you see i know where she is. she is hiding out (cyber hiding anyway) in south africa but i have no doubt she'll soon be gone. so while she's here let us be entertained by yet another one of her guest posts. for those familiar with my blog, i did permit the great dr val to use capitals on my blog, so this is a first.

When I was a medical student rotating at a hospital that shall remain unnamed, I witnessed a medical error that has haunted me ever since. I was partnered with a team of residents in the inpatient pediatric unit, and late one night a two month old baby was accidentally infused with an entire bottle of Foscarnet instead of normal saline. The nurse who gave the infusion was working as a locum tenens – a traveling nurse who spent a few months here and there filling in for others at various hospitals.

The Foscarnet bottle looked strikingly similar to the normal saline product, and I cringed as I imagined how easy it would be for anyone in a hurry to make the same mistake. Unfortunately, Foscarnet is a very powerful anti-viral medication, and infusing a large amount into a small baby could have deadly consequences. In fact, this drug can be toxic to the kidneys and has been known to cause seizures.

What happened after the infusion disturbed me greatly. Instead of telling the parents about the mistake, the terrified nurse begged her supervisor to keep it quiet. I overheard the charge nurse asking the resident to keep the error in confidence, but to keep an eye on the baby for potential signs of toxicity. The resident agreed not to tell anyone, since he feared that he’d ultimately be held responsible or drawn into a lengthy legal battle.

As far as I know the baby didn’t show any overt signs of toxicity – but I worried that the drug could have had a long-term adverse effect on his brain. It certainly can deposit itself in teeth and cause discoloration that lasts a lifetime. At no time were the parents informed of this error. The resident told me not to breathe a word of it to anyone.

I regret that I did not assert myself at the time. I did quietly ask my ethics professor about the issue, and he shifted uncomfortably and said that medical errors weren’t really an ethical dilemma. I tried to present the case to a student group but was told that it would be “inappropriate” to do so. I backed down, and I feel badly to this day about that little baby whom I did not defend to the utmost of my ability. I just hope that his brain is alright and that his teeth were not damaged. I guess I’ll never know.

Great post Dr.Val. As the lowest in the pecking order, you'd have had to overcome enormous odds to do the right thing in such a situation. I'd say it's very brave of you to even admit it now after many years.

PS. On a lighter note, Bongi ought to retain you as a more regular guest blogger, if only for his readers' sake. We do like to see the English language being treated nicely ;)

Dr Val. That's unbelievable that you would blog about that because I just wrote a request for anyone to send me incidents of medical errors that caused death or serious harm and were never reported. I guess great minds think alike.

We're on the same wavelength again, Happy. :) Bongi, thanks so much for allowing me to post on your blog, and for letting me use capital letters as well. AWESOME. I hope to see you at Blog World Expo 2009.

I'm enjoying the game of following Val around the internet. Soon we'll be able to play 7 degrees from Val. Just found the blog, Bongi - very nice. A good friend during residency was a fellow from the Jo-burg General and he now practices nearby.

Who on earth is Dr Val? Good post though. That kind of things happens a lot.

I guess you feel better now that you've come clean. It really makes one feel "so much better" knowing there are doctors out there who will keep quiet about situations like these in order to help idiots avoid the hassle of legal consequences. Oops, the baby died/was damaged, but let's just keep it under wraps, after all I know the staff much better than the baby - and there are so many of them anyway... Disgrace.