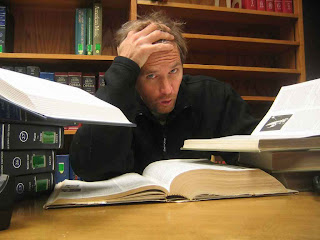 recently i had two experiences which once again reminded me that the public and medical people have contrasting views of what a general surgeon is. most readers of medical blogs would at least have some idea of what it takes to become a general surgeon, but joe public out there does not.

in the first post in sid schwab's series on deconstructing an operation, he mentions a light hearted exchange in the scrub room between an orthopaedic surgeon and a general surgeon where the ortho refers to the general surgeon as a real surgeon. in many senses this is true, not to detract at all from the other surgical specialities. but at least in my neck of the woods, when your chips are down and your life hangs in the balance, it will be a general surgeon trying to save you (severe head trauma is the exception and in some places if there is a thoracic surgeon he may be there for chest trauma). being a general surgeon means less sleep than all the rest of our surgical colleagues, but also a certain level of respect, usually expressed in;
"rather you than me dude!" then there is laughter. but they are grateful for the frontline guys.

but the public (where i am at least) has no idea.

recently i have been meeting people outside of the workplace. they usually ask me what i do.
"i'm a general surgeon." i reply.
"oh! that's nice" they respond "are you thinking about specialising some day?"
"no." i say and smile.

but the last encounter was slightly more interesting. i was with a friend whose wife is a doctor, so he was more informed. he introduced me to someone.
"what do you do?"
"i'm a general surgeon."
"oh. that's nice. are you thinking about specialising some day?"
"no." and i smiled.
but then my friend started looking uncomfortable. he felt, it seems that some impression of what a general surgeon is should be left with the fellow. he took the conversation further.
"well, it does take a lot of study and work to become a general surgeon, doesn't it." i thought, seeing as he had gone to the trouble of trying to defend my honour, i'd better continue his line of thought and not leave him in the lurch.
"yes it does," i said "in my case i essentially studied for 15 years." i could see the guy's expression. he clearly couldn't compute this. after all i was just a general surgeon, probably not even a real doctor. his answer was according to his understanding and assumptions.
"yes it is good to keep abreast of latest developments." he assumed i was not speaking about real study but just about the occasional perusing of a surgical journal or two. i decided to mess with his understanding and assumption.
"not me," i replied, "i'll never study again. in fact if someone presents with a new disease, they must die."

:) It makes me very happy to know there are doctors (surgeons) like you.

Yes, I get the same comments on this side of the water.

One of my orthopod friends likes to call all non-orthopaedic surgeons 'common surgeons' :)

There was an American elective student here for a while and he was telling us how general surgery and paediatrics are not actually considered specialties but generalist fields - there, it sounds like if you know about any more than one organ you're not specialised yet...

"not me," i replied, "i'll never study again. in fact if someone presents with a new disease, they must die."

I thought that was very funny! Would love to have seen the look on his face.

little karen the common comment is common. it comes from the ambiguity in the afrikaans, algemene chirurg.

i sometimes describe myself as a common or garden surgeon.

In America we say "garden-variety," not just "garden." I had to think a bit the first time I read "garden surgeon" here, haha! Funny how many differences there are in different countries' "English"!

lilorfnannie, the correct term is in fact garden-variety, it's not just said like that in America.

Then there is the task of explaining the difference between a neurologist and a neurosurgeon.

I tried to suggest to someone that we both see similar patients, but if someone needs surgery, then I will refer them to a neurosurgeon.

To which the person replied something like, "Oh, so you see the same kind of patients, but you don't actually do anything."

I have the opposite problem. Being a general surgeon, with a subspecialty in hand surgery, I am sad that my group has hired me purely for hand surgery. I ADORE general sx, and have missed it terribly over the past 3.5 years.

And I totally understand the thing about blinking, blank stares when you tell people you are a general surgeon. Sometimes it's easier to just say surgeon, but inevitably, the question, "What kind?" comes up. If I have time, I toy with the person, "I can cut on anything from an appendix to chopping off a leg to doing breast surgery, or a gallbladder..." and I run a list for a while until I am satisfied (even if the person has zoned out a while back).

Be happy you aren't a "general internist". Now you would be called a primary care doctor, be paid less than a nurse and get no respect at all.