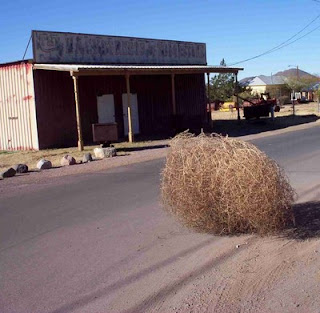 i know a bit about ballistics. it's more practical knowledge. i've seen enough gunshot wounds to pick up something here and there. the high velocity ones wreak havoc inside. the more usual 9mm doesn't compare but a well placed shot is still devastating. and then you get the exceptions. ricochet shots can be confusing. they tend to take strange paths through the body, sometimes following dissection planes (like surgeons) and causing less damage than you'd expect. and then you get the tumbler.

i did a tumbler recently. it wasn't a particularly high velocity projectile. the bullet didn't even make it through the patient. the entrance wound was just below the rib edge to the left of the midline. i could feel the bullet under the skin just below the right arm (bullets that are palpable just below the skin usually mean deflected bullets, either before penetration, like a ricochet, or in the body by hitting bone). he also had a hemothorax on the right. he was sinking fast so we got him to theater without too much delay. the intercostal drain delivered a good liter and a half, but then dried up. laparotomy was the first order of business.

despite the normal entrance wound and the relative low velocity, the damage inside was impressive. there were two 5cm holes in the stomach. the bullet then continued into the liver, causing a massive tear where it entered and an equally impressive one on the dome where it exited on it's way through the diaphragm into the chest. the hemothorax (bleeding in the chest) was actually from the liver.

so, although the bullet was small as bullets go and also not of the fast variety, the fact that it was no longer stable in it's trajectory meant that it caused a relatively large amount of damage. imagine it tumbling as it travels through its victim. the amount of energy parted to the tissue is considerably more than it would be if the projectile just behaved and followed a straight line.

the other interesting thing with this case is that, for a change, i did in fact follow the advice of countless hollywood productions and i removed the bullet. (usually it is not necessary to remove a bullet, with certain exceptions of course. it is not the presence of the bullet that causes the damage, as hollywood would have us believe, but the movement of the bullet through tissue at the moment of the shot)
Posted by Bongi at 8:55 pm

Now bongi, I think you're being a bit disingenuous here. There is nothing wrong with removing bullets, especially when there is no particular reason not to.

greg, you are right. however the idea that hollywood leaves with the public that the removal of the bullet is the thing that keeps joe patient alive rather than the repair of the damage that the bullet did. it is usually wrong to go digging for a bullet that is doing no harm because you will do more damage in looking for it than what it will do just lying there. in a laparotomy you almost always just leave it. a subcutaneous bullet is routinely removed because it is irritating to the patient.

Bongi is exactly right. Almost invariably families of gunshot victims ask "When are you going to take the bullet out?" This is definitely perpetuated by the cliche scene on television and in the movies where the victim is rushed off to surgery, and all the tension disappears with the "clink" of the bullet hitting the pan. Makes for great drama, but encountering bullet fragments intraoperatively has no bearing on the operation. Plugging holes does. In fact, in neurosurgery most gunshot wounds (whether head or spine) are nonoperative most of the time (belly, chest, and soft tissue neck injuries notwithstanding, of course).

Hi Bongi, your student turned anaesthetist here. Good to see you still plugging away at the system. I came across a quote a few days ago, thought you might appreciate it - Either through deficiencies in character or lack of knowledge, you will be forced to specialise. Had no one to share it with.

I hadn't thought about that ridiculous hollywood cliche before (probably because I prefer horror/monster movies to action) but that is so true!! :D

Around here, there are usually paper bags on the patients hands and cops crawling everywhere sometimes with one in the OR waiting for his "evidence."

P.S. Bongi, thank you for joining my follower so she would not be lonely.
Let me know if you visit dr rutledge.

anonymous, good to hear from you again. for those wondering, i'm pretty sure he is the student featured in:
http://other-things-amanzi.blogspot.com/2007/07/in-deep-end.html

I love the quote that Anon shared with you (and us). Perfect after the earlier post you did -- specialize??

Those tumblers sure are sneaky (and destructive). Such a tumbler taught me about the new math, as it were.

At times, especially after reading such a post, I feel you and I live and work in different planets. I've seen only one penetrating trauma caused by a bullet in 10 years of practicing radiology in India.
You are, of course welcome to shift your practice here. I'm sure I could get you a lucrative job :)

At Cook County in Chicago, the trauma department made T-shirts saying "No, we didn't take out the bullet" on the front. That's all families wanted to know; did you take the bullet out? When you'd say no, their eyes would go wide, shocked looks on their faces, like you'd told them the patient was locked up in a small room with hundreds of poisonous asps.

It was always fun though during an exlap when the bullet was just sitting there, begging to be removed. It would turn into this big production, everyone getting quiet, music turned down as the chief resident would ceremoniously drop the bullet fragment into a stainless steel bowl; that tinny PING of metal against metal. Just like doc holiday out in the tumbleweeds of yore...

that would be spot on. And after having discovered serious character deficiencies in my own character I am now officially a fully consecrated member of the gas monkey fraternity, with plans to continue my days in quiet suffrage in state sponsored torture.