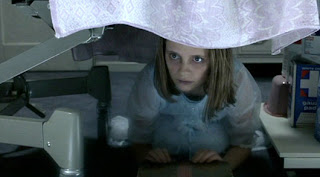 it's funny how smells can be so emotive. i have spent a fair amount of time in the state hospital lately. and going through casualties the smells were so familiar. it is a smell common, it seems, to all state hospital casualty units that i've ever worked in. and somehow alcohol is the constant thread.

i'm not talking about smelling alcohol on the breath of an aggressive family member, although that is also something one does see (or smell) a lot of. but it is so much more than that. i'm talking about the residual smell of alcohol laced bodily fluids after a busy trauma night. it is a smell that is resistant to being washed out.

it's difficult to explain but the smell left me with a longing for days gone by when i was the surgical registrar on the floor. i was the guy placing the nasogastric tube when the patient brings up the night's festivities all over the bed and often my shoes, leaving a sour smell of alcohol and stomach acid. when i was the one placing a high flow line into the neck of the nth drunk uncooperative gunshot wound patient, where part of the technique is to dodge his often well placed punches. in those moments you are not aware of the smell. maybe the adrenaline drowns it out. but it is always there. the next day when you walk into casualties and the smell hits you, the nigh's activities return so vividly to your mind.

yes i miss those days sometimes. alcohol doesn't play that prominent a role in private but you still see it. so it was a nice trip down memory lane this weekend to smell that smell again.

p.s the patient at the state hospital this weekend survived and was even extubated the next day.
Posted by Bongi at 9:25 pm

It is weird to know what alcohol in blood smells like.

It's always bothered me that even though you've worn gloves, the horrible smells still linger on your hands.

abdominal sepsis does leave a smell on your hands. had that smell on my hands tonight actually. but i have discovered that sunlight dish washing soap actually works.

Early in my career, I saw a lot of end stage renal disease patients. To this day I can walk through the emergency department and catch a whiff of uremia that takes me back. It is funny how smells seem to be so closely tied with memory.

Very interesting how smells connects our memories to events.

Wow, alcohol in blood; was portal vein perforated or something. Just curious....

The most memorably odors for me had been from PKU in ped and ketoacidosis (DM).

Don't forget melena in the compilation of memorable smells!

walt, ah the smell of malena. it is such a strong smell i could even imagine it driving people to do crazy things to get away from it, like specialise in neurosurgery.

What can I say? Cerebrospinal fluid is the champagne of bodily fluids!

The article is informative. It adds knowledge that alcohol can be smelled even in the blood. So there are many ways for a person to be detected when he/she is drunk.