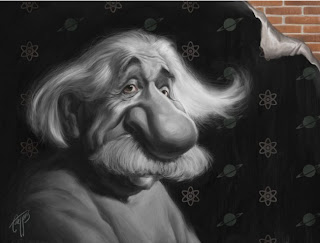 i'm not the brightest. pregrad took a lot of studying just to scrape by. surgery nearly caused pressure sores on my butt. so i always assumed i was fairly low down on the surgical iq pecking order. we at pretoria knew we could operate better than most of the other universities, but how could we compare to a place like uct (cape town). those guys we knew didn't nearly get our operative exposure. we just assumed they used all that extra time cracking the books.

i remember a registrar's symposium i went to where they presented. at some stage a zim registrar asked a pretty poor question. the uct guys answered, but the zimbo wouldn't accept their answer (mugabe-like???). the uct guy calmly pulled the mike forward and said,
"i suggest you go back to your books!" i was impressed. i knew the zim guy was clueless but i couldn't quote chapter and page to allow me to throw the book at him like that. i really thought that the uct guys were super clever.

a few years later the international surgery conference was held in durban, south africa. we all went. i decided i'd try to get to know the uct guys better. it's always good to make friends. but i also wanted to get a chance to grade them myself.

as could be expected from capetownians, they weren't too keen on this pretoria boy in their presence and they made it pretty hard for me to get to know them. at a stage, as surgeons tend to do, some of them were sharing surgical stories. i noticed they all ended in 'and then i phoned the consultant.' well i had stories and mine didn't end like that. so i told one.

it was a midnight blunt abdominal trauma that ended in a liver resection. (truth be told the impact with the truck out there on the street had pretty much handled the resection. i just needed to tidy up a bit.) they were astounded. no consultant? i did it alone? we do that sort of thing in pretoria? and such questions.
i felt better. even if i wasn't as clever as they were i could at least operate. i had been trained to make the crucial decision at the crucial moment without needing to rely on backup.

a few days later they were once again telling their stories, but this time they had one of their consultants there. it seems one of them opened an abdomen because his junior had put the patient on the list and the diagnosis turned out to be something unexpected. my first thought was that where i come from there is no way the primary surgeon wouldn't have made the decision to operate himself. i admit i felt superior.

the uct registrar described his shock at discovering the actual diagnosis, something that is first approached non-operatively. only when this fails is surgery considered. he phoned his consultant, the guy sitting with us.
the consultant advised closing and reverting to the non-operative management. i piped in.

"but you had the abdomen open. i agree with the non-operative approach, but you're there with the abdomen already open. fix the problem with a knife." they all looked at me. the consultant asked,
"how?" i was a bit surprised. but i told him how. the registrar who was telling the story said that he didn't know how to do what i'd just said. again i was surprised.
"you do know how now. i've just told you how. you just need to do it."

they all shifted uneasily in their chairs. they didn't have the charge-in-where-angels-fear-to-tread attitude that the pretoria guys had. to argue the practicalities of an operation with a pretoria guy was not going to work. it was time for plan b.
"well i've never seen that operation in my books. maybe you should go back to the books." it was the same line that i'd heard them use years before. i was a bit confused because i had read this operation in a book. i'd actually seen it in a few books. but they were uct registrars and i doubted myself suddenly. i knew we could out operate them, but if they said that it was not in the books in the presence of a consultant and he agreed, then maybe i was wrong. i kept quiet.

that night i opened my book, the latest sabiston and sure enough, my operation was there described just as i had said.

i didn't go back to them to point out that i was right. it seemed too petty and vindictive. i just reminded myself that despite the way i felt about my spartan-type training, it was actually good and academically sound. i would never feel inferior to the uct guys again.
Posted by Bongi at 10:54 am

Bongi, you are superior, you treat patients. The utc-approach is about treating docs themselves.

My humble admiration goes to you bongi, you are so clever socially! Thanks for sharing!

I agree with you about not feeling inferior to people with bookish knowledge, especially when they use it as a defence or deflecting mechanism. More so when we have practical knowledge. This 'is the bane of existence' for small town boys, be they surgeons or radiologists, when we go head to head (or hands) against big city boys.

I'd rather put my life in your hands than the utc boys/girls.

Ramona just took the words out of my mouth, Bongi... book smart is never as good as life smart, as far as I'm concerned. To me, it looks like you've got both covered completely.

i'm truly humbled by these comments. thank you.

I luv ur blog and think your writing is noteworthy, u must write memoirs, il be 1st in line for the book signing,lol. But as a uct student, i feel rather compelled 2 respond 2 ur last blog.Personally i don't think u can make that judgement from that particular encounter. UCT does employ a different method of teaching/learning but it doesnt make us any less competent. I reali don't get the competition. Everyone is alway comparing/hating on us, we must be doing something right. It's true, the UCT intern is the dude who during a ward round names the rarest oddest cause of a disease after every1 has exhausted the common. Its just the way me are, we read slightly 2 much but i promise we make helluva doctors, books and all. But then again im just undergrad, so what do i know. I did however see alot of registrars flying solo for countless surgeries during my anaesthetics block. I think our reputation speaks 4 itself. Ur stories are making me consider kalafong for internship or at least an elective. U guys might live closer 2 the edge than the rest of, but we stil have beach. Lol...jokes

anonymous, thank you for your comment. i have worked with interns from every south african university and the uct graduates are pretty much up there. i have no problem with you guys. i was referring to post grad surgery and, as always, this is a personal opinion and personal observation.

i am in cape town as i type this and i do not care for your traffic. i could not live like this, beach or not.

kalafong???? are you mad???? but once again that is my personal opinion.

Anon - we don't 'hate on you' - we just wish you could draw blood by yourselves ;-) Nah, I've been very impressed with UCT students, and have often thought their acadmic knowledge has a strong edge over ours. It can't be denied, though, that Pretoria students have excellent practical skills and (with some exceptions), a strong sense of responsibility.

I suppose something of an equivalent to this exists out in private practice in neurology, where I am, compared to ivory towers like the Mayo Clinic.
Every once in a while, someone I have seen will go there or some equivalent place, come back with a sheaf of papers from a list of consultants (you can't just see one doc at these places), yammering on about every body system known, and I will read the conclusions, most of the time not differing from my own.
Sometimes, they are just soooo wrong, off on some tangent that makes no clinical sense at all. The advantage they have is that they can make these intellectual musings and never see the patient again to be corrected in their thinking, but it's really to their disadvantage.

I'm a UP grad, UCT intern, I remember the consultant complimenting our team on a practical application and being surprised that it was his lowly UP inter and not his UCT registrars that did it.

Then again, the UCT surgical reg's could read ECG's, I cannot remember a UP reg even knowing up from down of an ECG.

At least the UCT prof's didn't worship themselves like a certain UP prof...

amanzidu, recently i read an ecg for the casualty officer here. when the guy showed it to the internist he said i'd made whatever diagnosis. i was right and the internist was duly impressed. i'm not too good at reading them but i can do the basics like axis deviation and ischaemia and infarction etc. the subtleties i usually miss.

at least you got to read a bit of surgery. why didn't you just tell them how to do the operation? that would have impressed.

no arguement on the narcissism.