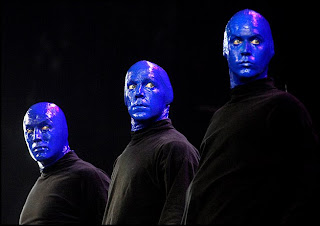 it has been a very long time since i gave my last anesthetic, but i still don't think blue is a good colour. i was reminded of this recently when one of my gastroscopy patients developed laryngospasm. he turned out fine but blue patients tend to age me quite a bit.

when i was a student i found anesthetics boring. that is because i didn't really know what was going on. when i was a comm serve i started off in anesthetics and was soon the number three in the department in our small hospital. in fact for that entire year i was considered an astute giver of gas to my great dismay. i was on the wrong side of the action on all calls.

i had been in anesthetics for not too long, but long enough to develop adrenal hyperplasia. i was on call and had to dope for a common or garden caesarian section, obviously late at night. i injected the contents of the big syringe followed by that of the small syringe and tubed without any difficulty. the gynae started.

almost immediately i realised there was a problem. the patient's chest was not moving with the ventilator, not a good thing. quite quickly the saturation monitor dropped its tone from its usual comforting high pitched beep to a very disconcerting low pitched boop. i started sweating. at about this stage the gynae calmly in a helpful voice said.
"the blood is looking very dark." i wanted to say something like i know the blood is f#@king dark and i don't know why. you just keep yourself busy with what you are doing and leave me the f#@k alone but all i said was
"i know. i'm on top of it." i flushed the system with oxygen and pumped. the chest lifted but soon the pressures dropped again. there was a leak somewhere and i had no idea where. i told the floor nurse to phone the cuban anesthetist, my mentor. she left to make the call. he lived on the hospital grounds and, even though it was very late at night he would be able to get there quite quickly. but quickly would not be soon enough. the fact of the situation was that when he arrived the problem would be over or the patient would be dead.

i flushed the system with oxygen again and managed to at least get a bit of air into the lungs. but it wasn't enough. i flushed again, but this time i put my ear close to the boyles machine and listened for a leak. i heard it. one of the pipes had a hole in it. i quickly made the necessary replacements and all was well.

about ten minutes later the cuban anesthetist charged in, completely out of breath from his run up to the hospital. i was probably blue myself at that stage but at least the patient was pink again. i still nearly hugged him.

nearly a year later on my last call as a comm serve just after an anesthetic the patient developed laryngospasm and also turned blue. i very casually drew up scoline. i injected it an tubed him. during the whole time i just kept saying to myself
"never again will i give anesthetics. never again." i felt good.
Posted by Bongi at 7:59 pm

With a little luck, insight and a helluva lot of trying, we mostly get to do what suits us for a living. As a surgeon, you do what you do skillfully and with big heart. I think your anaesthetic colleagues are happy to have you on the other side of the "blood-brain barrier"

Glad you were able to remain calm while you played "detective" and "engineer".

Your blog is absolutely enthralling. I have lurked a lot here, reading about your medical adventures, and it never fails to make my jaw drop.

Fiddling with someones bowels from the inside at 3am while the gas man plays sudoku, I once said to myself "never again will I do surgery".

Now I can sit at work and I'm pretty good at sudoku. I love the clean side of theatre. Each to their own bro!

Having seen both sides as a scrub nurse, I much prefer the boredom!

I found my two week rotation in anesthesia terrifying. It gave me panic attacks just watching them work. One of the two specialties I said I was NEVER doing right away.